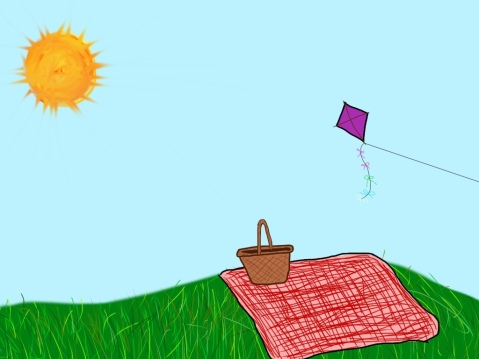 Near the end of an extended dishwashing session on Saturday, I wound up jamming my right thumb against the broken edge of a classy Ikea glass, resulting in one nasty gash.

It didn’t really gush to the point depicted in my artwork (see below), but I did need to put three bandaids on it to keep it in check.

A couple hours later (after making pancakes, watching Netlfix, and going to the ATM) I called my mom to ask her advice on cleansing and bandaging since I needed to go to Duane Reade anyway to get dishwashing soap (I used it all before the cut).

It was her idea to go to the hospital. As she said “hospital”, I could feel my bandages getting soggy and my hand tightening in pain.

Three stitches later it turned out to be just the right idea. 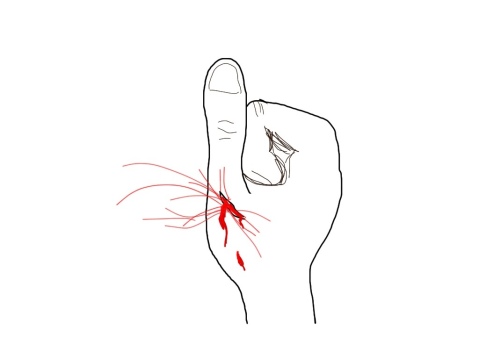